Kingston Wharves Limited (KWL), this year, celebrates 30 years of sponsorship for the Under-15 Cricket Championship, hosted annually by the Jamaica Cricket Association (JCA).

“This continued partnership is a signal of our commitment to the tournament over the years, and our firm belief in its main objectives of unearthing and honing cricket talent from an early age, while exposing the young players to competition and instilling discipline and other important lessons,” noted KWL’s CEO Grantley Stephenson while speaking at the Competition’s launch at Sabina Park recently.

“KWL also continues to be driven by our conviction that the storied and glorious history of West Indies cricket must be passed on to successive generations of cricketers. The highest ideals of any country’s sporting vision, are best achieved when it passes the torch or bat on to younger generations,” Mr. Stephenson added.

The cricket programme, which started in 1989, has produced hundreds of local cricketers who have represented Jamaica and the West Indies with distinction, among them Christopher Henry Gayle, Wavell Hinds, Jerome Taylor, Chadwick Walton, among others.

Noting that the path to national, regional and international success has run through the Under-15 tournament, Mr. Stephenson declared, “Without a doubt, it has fulfilled its objective as an incubator for exceptional talent to emerge.”

He reminded the current cadre of players that their participation in the Competition was the opportunity of a lifetime and a chance to make their mark, encouraging them to draw inspiration from those who had gone before them. “Those who have gone before you have blazed a trail, but that trail is not to make you feel inadequate; it is a path for you to follow, even as you blaze your own trails.”

“Remember to play fair, give of your best, respect your fellow players, and above all, enjoy yourselves and strengthen old friendships and make new friends,” Mr. Stephenson stated.

Meanwhile JCA President Wilford ‘Billy’ Heaven added, “cricket is more than a sport; it is a tool for social change and a multi-billion-dollar global business. Everything must be done to protect its legacy and ensure its longevity; Kingston Wharves is doing just that here in Jamaica.

“For three decades this business (KWL) has stood by the Jamaica Cricket Association in ensuring that our age-group talent get more opportunities to sharpen their technical skills on the field while developing the necessary off-field characteristics which will give them a competitive advantage going forward,” Mr. Heaven said.

The 40-over competition, which bowled off on July 25, lasts for five weeks and ends on August 29. It features just under 400 of the country’s best national U-15 players from 20 of the JCA’s clubs and parish associations being divided into four zones each containing five teams.

A round-robin league format will determine which two teams (winner and runner-up) from each zone progress to the knockout phase which commences with quarterfinals. The competitions will be played at a wide variety of venues across the island.

“The boys have everything to play for – pride, the prizes provided by the sponsor but most of all it’s a chance to get on the radar for national selection. This is where their careers truly can start to take form,” said Marlon Ramdeen coach of the defending champions Lucas Cricket Club. 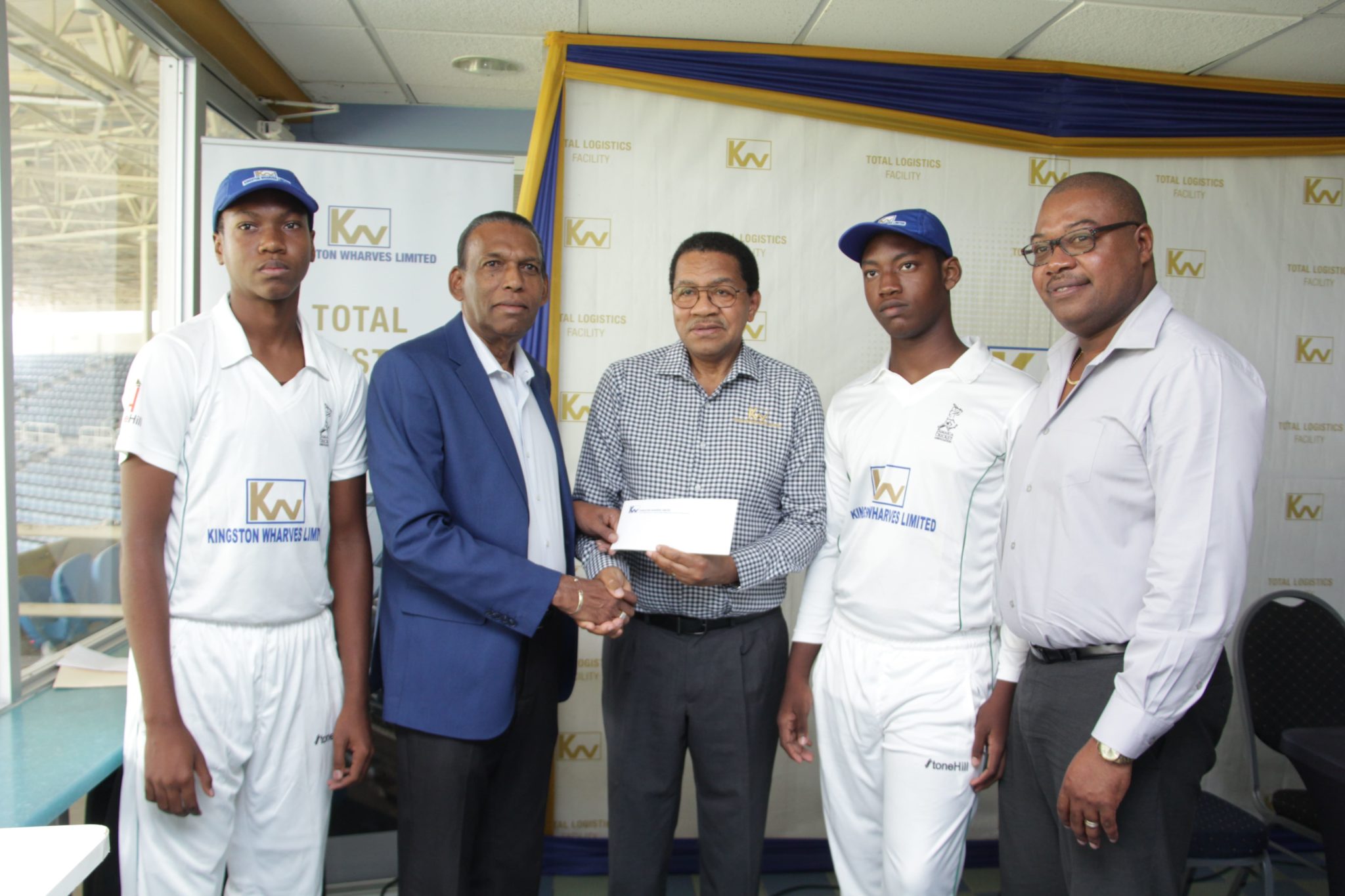 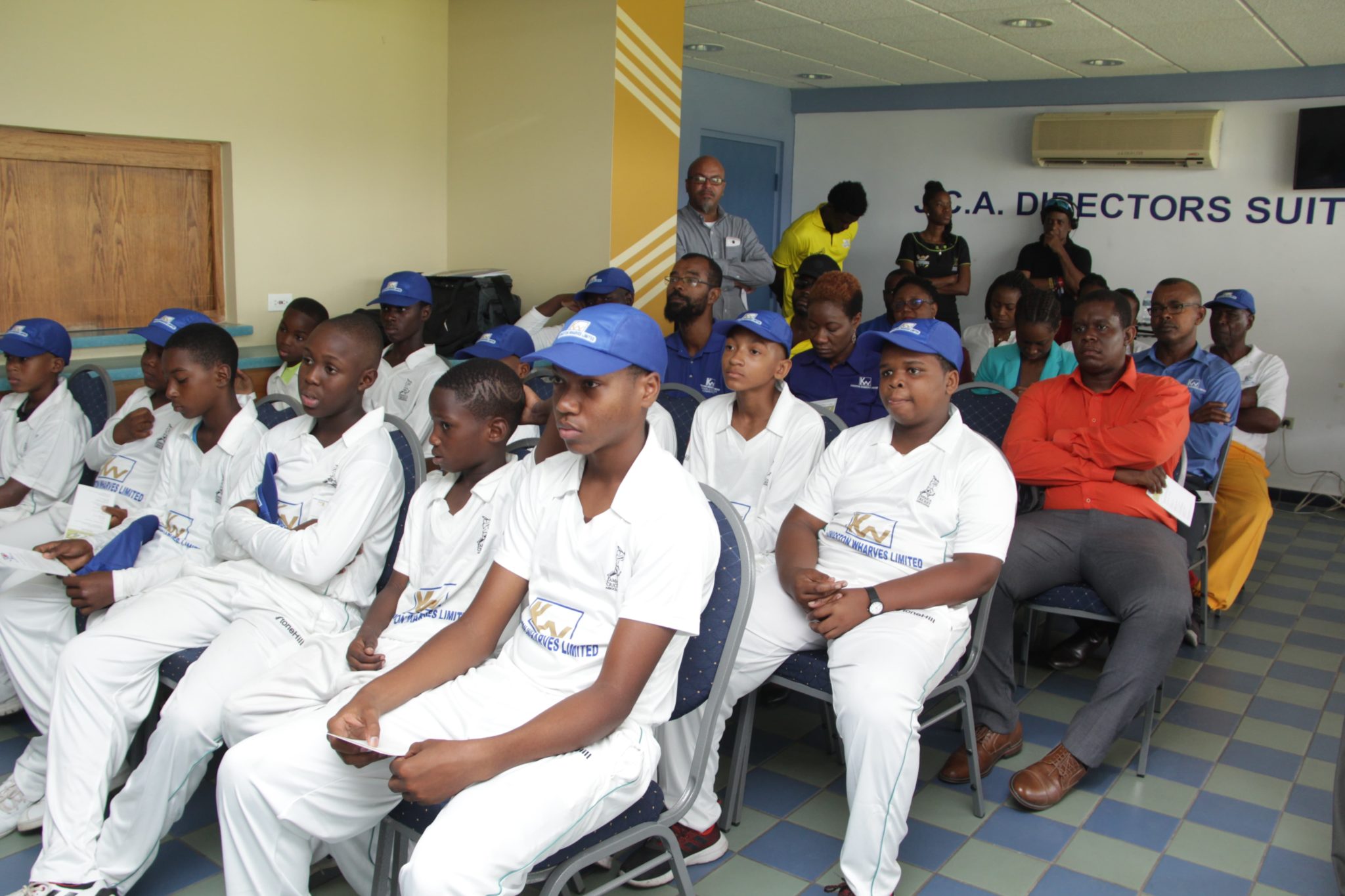 A section of the audience at the launch of the 30th staging of the Kingston Wharves Under-15 Championships held at Sabina Park.