Kingston Wharves’ motor vehicle business has seen an upswing, with the company’s transhipment segment up significantly for 2021 over the previous year.  Cargo shipped through the terminal is segmented into domestic and transhipment (cargo destined for other territories outside of Jamaica).

“One of the most compelling indicators of the increased activity is the fact that within a 72-hour period this week, six large pure car carriers (PCC) called at Kingston Wharves totalling over  5000 motor unit moves. A seventh vessel arrived within another 48 hours,” noted Kingston Wharves CEO Mark Williams.

He added: “This development is unprecedented; our motor unit business has been growing steadily, however, it is the first time we are seeing this many autoliners call on our terminal in such quick succession, the highlight of which has been having three major vessels docked and working simultaneously.”

The CEO disclosed that the 5000 motor unit moves in 72 hours were more than the numbers handled for the entire month of June in 2020.  Some 8000 units have been stevedored since the start of June 2021. “It is a credit to the hard work and planning of our team that has facilitated the successful execution of this record activity,” Mr. Williams stated.

The boom in KWL’s motor vehicle business is a signal of a potential rebound from the slowdown of last year, due to the COVID-19 pandemic.  “Covid-19 dealt a significant blow to the shipping industry worldwide. Hopefully, what we are seeing here now, is the beginning of a sustainable turnaround in that situation,” the CEO observed.

Kingston Wharves is the Caribbean’s leading multi-purpose multi-user port terminal and logistics services provider, handling a diversified range of cargo types including, bulk, break bulk and containerised cargo. KWL is also the global auto transhipment hub for Norwegian auto carrier, Hoegh Autoliners, since 2010. The terminal also services other international auto carriers such as Glovis, Eukor, KLine, NYK and Mitsui.  Among the six vessels calling over 72 hours the week, Glovis operated one and Höegh Autoliners, which boasts some of the largest PCCs in the world, operated the remaining five.

Mr. Williams noted that the growth in the motor vehicle business was as a direct result of major investments made by Kingston Wharves.

“Port business is a capital intensive undertaking; we have made the requisite investment in improving our berthing facilities and acquiring and building on-dock and off-dock car park facilities, including the establishment of Global Auto Logistics Centre (GALC). We have also optimised the space on our terminal by relocating on-dock warehouses; reconstructed drainage in and around our facilities and invested heavily in ICT technology,” he said. The company plans to invest another US$40 Million in the next 18 months to further improve berthing capacity and expansion of its mobile harbour crane fleet.

“The increased number of auto vessel calls is a great development, not just for Kingston Wharves, but also Jamaica and the Jamaican economy. Kingston Wharves directly employ over 700 persons, and utilize its terminal and logistics infrastructure as a key enabler of trade to almost every sector in the Jamaica economy.”

Professor Gordon Shirley, President and CEO of the Port Authority of Jamaica also lauded KWL on the development.  “The hosting of six vessels discharging and loading cars through Kingston Wharves Limited in a three-day period, including one of the largest car carriers in the world, the Höegh Trotter, is an occasion for all members of the Jamaican Port Community to celebrate.

“It underlines the evolution of KWL into the region’s leading Automobile Transshipment Centre. The PAJ salutes the Board and Executives of KWL on this new record and looks forward to it being broken again soon. Congratulations as well to Richard Kinlocke and the team of International Shipping, agents for Höegh, on this significant development,” Professor Shirley further noted.

Richard Kinlocke, CEO of International Shipping Limited, the local agents for Höegh Autoliners, expressed his pleasure with the increased activity of the global shipping line in Jamaica.  “It is the first time in my memory that I am recalling seeing three vessels alongside at the same time and the number of calls within such a short timeframe,” Mr. Kinlocke observed.

“Höegh is one of the world’s foremost autoliners, out of Norway. In 2010, the company decided to make Kingston, and specifically Kingston Wharves its transhipment hub,” he said, adding, “Jamaica is a strategic location from which the global shipping line has facilitated auto shipments to the  wider Caribbean and Latin America, and countries as far away as Australia and New Zealand.”

Underscoring that Kingston Wharves has played a significant role in helping to facilitate trade and the transhipment business, Mr. Kinlocke said, “Over the years, we have seen the development to Kingston Wharves’ infrastructure and processes, and the instrumental role they have played in resolving issues to create opportunities that would allow the Höegh to grow its business in the region.”

The International Shipping CEO expressed the hope for the business momentum to continue. “We are the eyes and ears of Höegh on the ground; we represent their interest…Intership will continue to work together with Kingston Wharves to provide the best service to Höegh for the global auto shipping company to effectively meet the needs of its customers,” Mr. Kinlocke said. 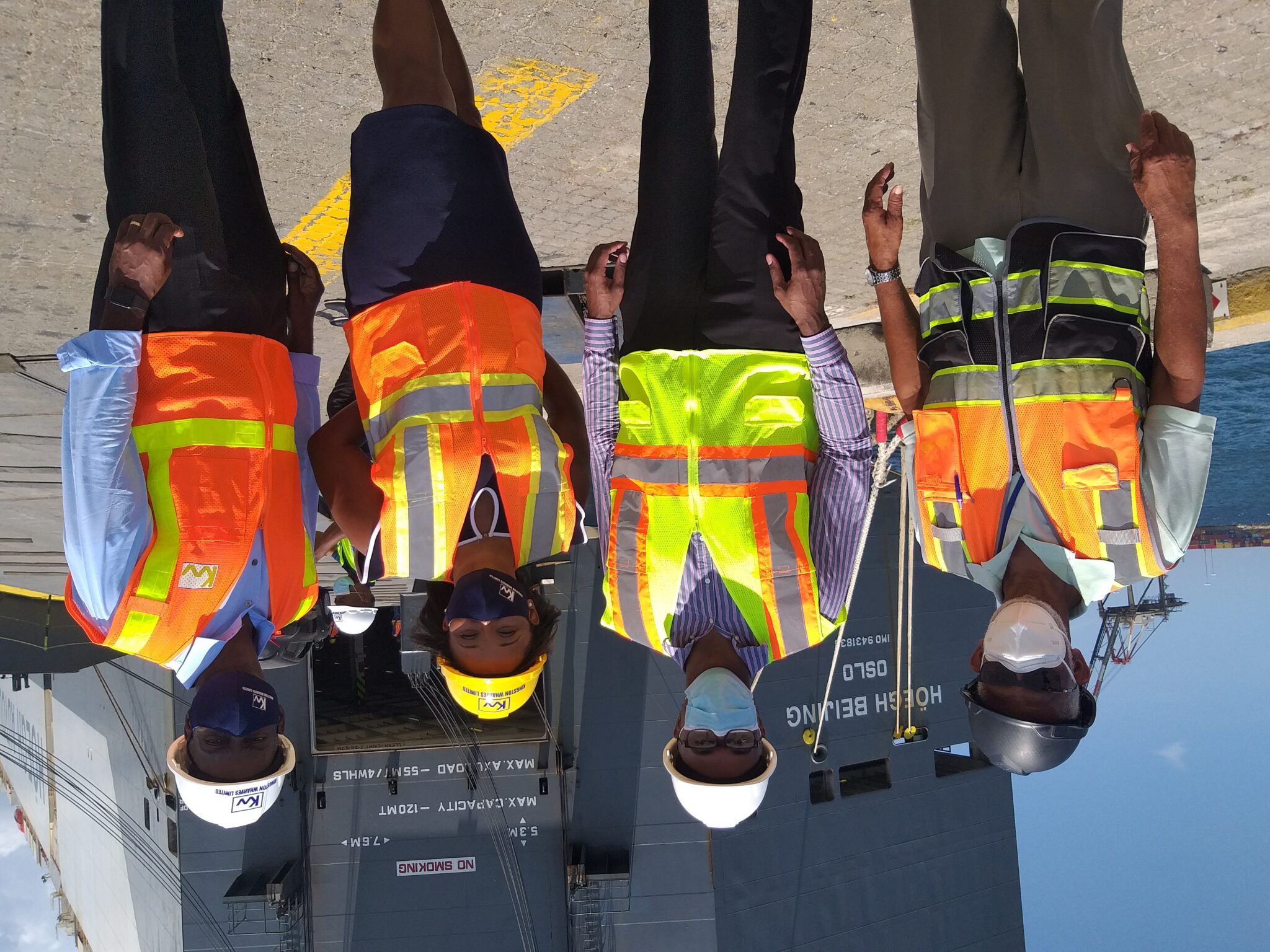 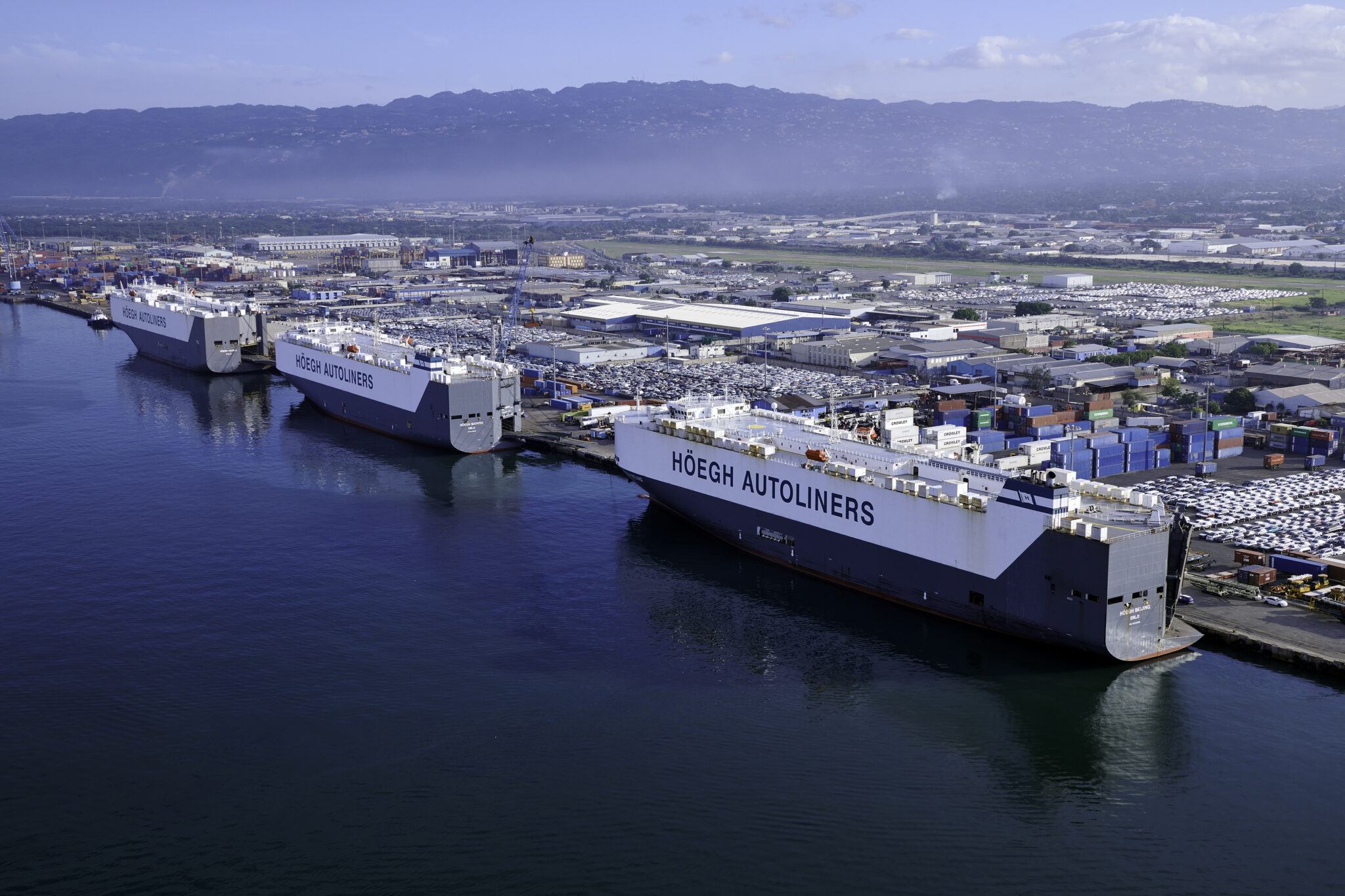