Kingston Wharves Investing US$40 Million In Infrastructure for Increased Opportunities

Chief Executive Officer of Kingston Wharves Limited Mark Williams yesterday announced that some US$40 Million would be invested over the next 18 months in infrastructural development projects. The investment is geared at positioning the company to further capitalise on global opportunities in the shipping and logistics business.

“Shipping is a highly competitive international business, hence we must stay ahead of the game by investing in our infrastructure as it goes to the heart of our competiveness,” Mr Williams said.

Speaking at the Company’s Annual General Meeting that was held virtually yesterday (June 17, 2021), the CEO disclosed that KWL would invest some US30 million in the redevelopment of Berth 7 as part of its move to optimise its terminal capacity, and in keeping with a strategic imperatives of infrastructure reediness.  He further explained the four strategic imperatives as people, process, plant and profit; all of which are geared towards customer service excellence.

The company also plans to invest US$5.2 Million in acquiring a super Panamax crane to be delivered later this year, and nearly US$900,000 for terminal pavement rehabilitation.

The developments are specifically geared toward improving berthing capacity to offer an optimal experience for vessels calling on the Kingston Wharves terminal. KWL comprises some 9 deep-water berths spread over 1.6km of continuous quay. The terminal serves over 1000 vessels annually, moving bulk, breakbulk, liquid bulk and containerised cargo to over 30 destinations regionally and globally. The multi-purpose terminal is also the Caribbean motor vehicle hub for leading global autoliners.

“Shipping vessels are being built at larger sizes, and international shipping customers are consolidating vessel loads on these larger ships.  This post Panamax crane will add to our equipment capacity to service these larger vessels, and hence being able to better compete with other well equipped global ports,” Mr. Williams elaborated.

Underscoring that the company’s growth strategy is focused on expansion through business acquisitions and cargo diversification, the CEO also reported that Kingston Wharves would invest in its warehouse and logistics operations, and leverage its Special Economic Zone designation to further its competitive advantage.

“We currently have over 340.000 Square ft. of warehouse space and are heavily involved in customized logistics services, serving clients in multiple sectors, Mr. Williams said, adding that, “With the planned new construction and acquisitions, coupled with our ability to leverage our Special Economic Zone designation, we will be positioned to  attracted new investors and partners.”

He noted that the prevailing pandemic environment had given rise to increased nearshoring, where companies were seeking to locate their supply chain operations closer to their markets, revealing that Kingston Wharves was prepared to capitalise on these opportunities.

Kingston Wharves earned revenue of $7.1 Billion in 2020, and operating profit of $2.8 Billion.  Shareholder equity grew by 22.5% in 2020, over the previous year. Despite the volatility in the stock market that impacted KWL like other companies, the company declared dividends of $772 Million, in line with the sum for 2019, and delivered earnings per share of $1.57.

The CEO expressed cautious optimism regarding the company’s outlook, observing that there were signs of recovery in the business. “Motor vehicles are up 4%, warehouse activity is up 12%, and bulk and breakbulk cargo are up 29%,” the CEO said, adding that the Kingston Wharves team was working hard to maintain this momentum going into the rest of the year. 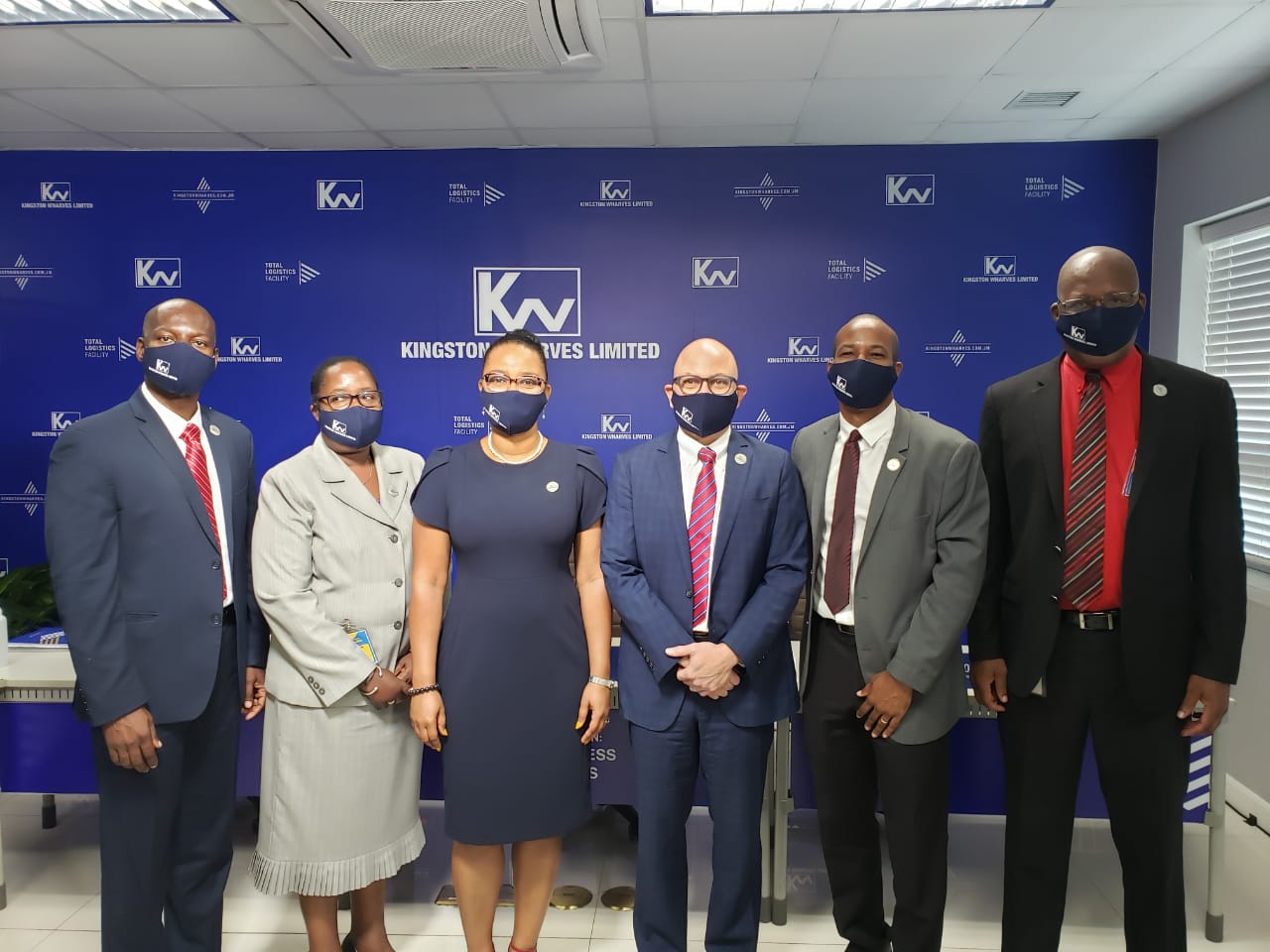